The Governor’s Industrial Safety and Health Advisory Board recognized the 2018 Lifesaving Award Recipients at the Conference Awards Luncheon on September 26, 2018. The Awards presentation was hosted by Robyn Nance, host of Good Morning Northwest on KXLY in Spokane.

Doug Bruneau, Paul Gahr Jr., Joe Inciong, Marty Rankin, John Crabtree  and Vince Aguon Jr. of the Washington State Department of Transportation responded to a call that a canoe with two people and two dogs had capsized  in the frigid waters of nearby Hood Canal. On the way they met up with  members of the sheriff’s department and local fire rescue workers. At the  scene they deployed portable safety ladders from a bridge, allowing the two  people and both dogs to escape from the water. 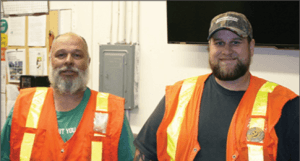 Scott Combes and Terrence Renwick of the Washington State Department  of Transportation noticed a truck swerving on an Olympia road. When the  truck veered onto the wrong side of the road and struck some bushes Scott  and Terrence stopped and discovered the elderly driver was in distress. They  called 9-1-1, and the motorist then stopped breathing. Scott and Terrence  discovered no heartbeat and immediately began CPR on the victim. The  victim’s breathing and heart resumed before paramedics arrived. 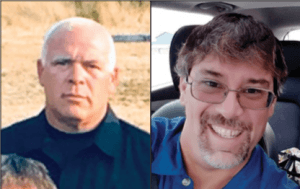 Landon Adams and Darren Gooding with the Washington State Department  of Corrections responded to a struggling student at an annual academy. During a fitness run a student showed signs of distress and after being pulled  out of formation by Gooding became unresponsive and stopped breathing. Adams, who had arrived shortly after Gooding, began chest compressions  and was able to revive the student before emergency responders arrived.

Joe Bowen (not pictured), a custodian at Freeman High School, likely saved  many students when he confronted an active shooter. A student began firing  upon others, killing one and seriously injuring three. Before the shooter could  prepare a second weapon for firing Joe confronted him, ordering him to  surrender. The pause afforded the school’s resource officer time to apprehend  the shooter. Joe’s courage undoubtedly saved students’ lives at his school.

Aaron Tomaras, Kimo Myton and James Townsend of PCI Democon  responded quickly when they heard a coworker had become pinned by  machinery. The man was pinned between the machinery and some louvres,  compressing his chest and restricting his breathing. They helped the  trapped operator breathe as best he could until he was freed with a Bobcat  and was eventually able to breathe on his own while his three coworkers  stayed with him, assisting him until the paramedics arrived. 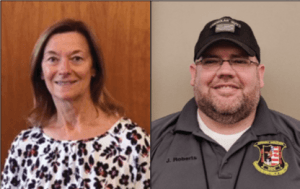 Sally Parker and Jamison Roberts of the Washington State Department  of Corrections rushed to the side of a coworker struggling with cardiac distress. Sally began performing CPR. Jamison retrieved a defibrillator and  after the device indicated a shock was needed they delivered the shock. Afterward Sally continued CPR, and the patient eventually recovered  consciousness and then was taken to the hospital by emergency responders.

Russell Drake, Chris Grant and Greg Hopkins of the Port of Tacoma and CBPO John Cherney of U.S. Customs and Border Protection responded to a call  that a distraught woman had climbed over an overpass rail and was preparing  to jump. The three stood close by while two motorists who had established a rapport with the woman tried to calm her. When she attempted to jump the  three men quickly moved in, secured her and got her back over the rail.

Patricia Beckwith, Kristina Bombardier, Susan Herington, Sally Peregrino,  Del Schoenthaler and Meliza Siebrecht responded to a visitor in cardiac  distress at the Martha & Mary Health and Rehab Center. The the victim was  not breathing, so they immediately began compressions and rescue breaths.  They connected a defibrillator to the victim, but no shock was needed, so  they continued CPR. The victim began breathing as paramedics arrived. 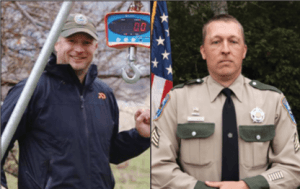 Paul Wik and Sergeant Ryan John from the Washington Department of Fish and Wildlife administered first care to the victims of a remote  helicopter crash near Garfield County. They drove and then hiked to the remote site, finding two of the three passengers trapped inside the aircraft.  Their quick actions and critical early care helped save the lives of two of  the injured and traumatized passengers. 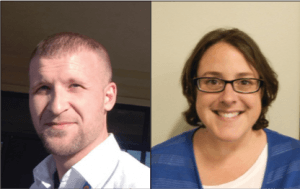 Kevin Sullivan and Jessica Sylte of the Washington Employment Security  Department both receive Humanitarian Awards after helping a customer in  cardiac failure. Kevin and Jessica recognized the man was in distress and  began CPR. Although his live couldn’t be saved, his organs were donated,  and others received the gift of life. Kevin stayed in contact with the victim’s  spouse to offer comfort.